Today we started a sad first Monday of a new year, the way that nobody wants, with bad news as it´s the death of a phenomenal metal guitarist and great front man ALEXI LAIHO of the most renowned Finnish metal band CHILDREN OF BODOM, and in his latest days project BODOM AFTER MIDNIGHT (who recorded three songs and shoot one music video, which will be released later on posthumously).

Beside CHILDREN OF BODOM, Alexi was known for others acts like Warmen, Sinergy, Kylähullut and The Local Band; awarded with many international prizes, Alexi was also composed and leading a group of one hundred guitar players at Helsinki Festival in 2015 in “100 Guitars From Hel” (https://www.youtube.com/watch?v=zyZ0lkUzVy8)

“One of the most renowned guitarists in the world, Alexi Laiho, has passed away. The musician, most notably known as the front man of Children of Bodom, died in his home in Helsinki, Finland, last week. Laiho had suffered from long-term health issues during his last years.

More than 25 years of friendship. We lost a brother. The world lost a phenomenal song writer and one of the greatest guitarists of all time. Memories and Alexi’s music will live forever.

Our thoughts are with Alexi’s family during this difficult time.“

I saw CHILDREN OF BODOM many times, especially when I started to travel across Europe, covering summer metal festivals for some media of Latin America, now my best remembering of this band was when I went for the first time to Finland, enjoying the nineteenth annual Tuska Festival, which area is located on the Suvilahti event field, in the heart of the capital city of Helsinki, that edition had some awesome headliners as AVANTASIA (many singers invited), GHOST (accompanied by a divine thunderstorm combined with sold out capacity) and the local stars of CHILDREN OF BODOM by Saturday July 3 rd. it was a party, the connection between the band and the crowd were instantly, like a communion, a delicious mix of own songs and some of their amazing covers, made an unforgettable experience, so that´s the way I´d rather to remember Alexi. 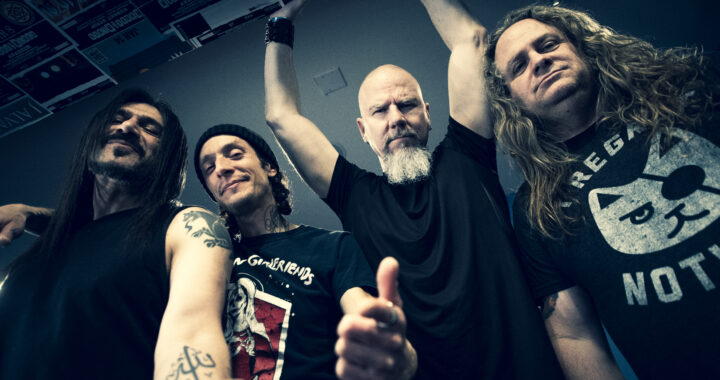 Kyle Thomes, from Exhorder “we are doing our very best to stay true to what this band is and I think people will be satisfied once it comes out, it’s a dark and angry album that’s for sure”